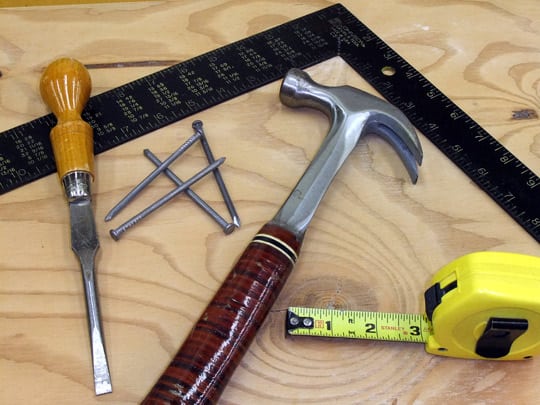 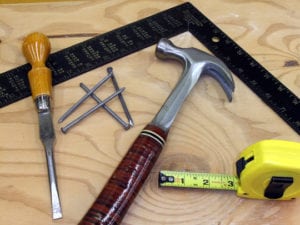 1. Get More than One Bid on Your Home Improvements.

2. Try to Work when the Demand for Home Improvements isn’t as High.

Some trades are by their nature seasonal. For instance, it’s hard to build decks on in the snow. However, you may be able to reduce your cost of your home improvements if you work in the trade’s off-season.

3. Start with What You Have and Work with It.

There is seldom a need to completely replace everything even in reasonably comprehensive improvement projects. If something is still useful…use it. This may be anything from kitchen cabinets that can always be refaced to lighting that still fits with your new décor.

4. Don’t Move the Outlets and Drains.

Relocating electric services like outlets, switches and overhead lighting in can get expensive: avoid it if you can. Running new plumbing, like supply lines and drains can really add to the cost of home improvements. Just keep that in mind. 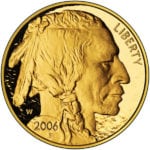 In the long run, it is still less expensive for Madison homeowners to buy quality first rather than replace “junk” later.  But keep in mind that many name brand items have smaller competitors who make equally good stuff and sell it for less. They sell for less because they want to compete for the business. Manufacturers who want to compete purely on price are rushing to the bottom and taking quality with them. Keep your eyes open for the little guys who do good work. Your homes deserve better.

6. Use Materials that are Prefinished by the Manufacturer.

7. Establish Priorities for Your Madison Home Improvements and Stick with Them!

Nothing busts a budget quicker than “mission creep.” You already know what I mean. It isn’t the one little thing you decided to upgrade mid project that kills you…it’s twenty little things and eventually gang-up and clobber your home improvements budget. If you are fixing up your home for sale, ask your REALTOR where you’ll get the most bang for your buck.

If you want to keep home improvements on target, resist the temptation of change orders. There’s a reason the contractor’s eyes light up at the mere mention of a change order. He might as well be asking, “Would you like emeralds with that change?” It’s difficult, but try really hard to think through your entire project before the work begins. Change orders can cause delays, can idle workers and create re-work. Those are dollar-grinders to the max.

I know this flies in the face of the “sweat equity” school of home improvements but have you ever seen the sign in a mechanic’s garage that says, “The hourly rate is $40/hour if you let me work and $55/hour if you want to help”? Contractors usually regard amateur assistance the same way. They have built their quote for your project based on professionals doing the work. Even talented amateurs seldom can work as quickly as professional craftsmen. If you want to help with your home improvements project, ask you contractor if there is something you can do but don’t be offended if nothing comes to mind beyond sweeping up and hauling stuff to the dumpster.

Nelson & Associates can Advise You on Getting Your Home Ready for Sale.

Whether you are planning home improvements for your own enjoyment or to get ready to sell, I will be happy to help you decide what will have a good payback. Contact me today we can get started right away.