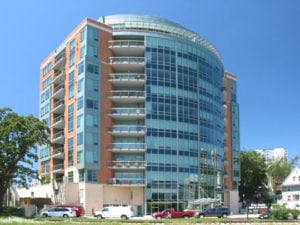 Value is in the Downtown Madison Package

Every downtown Madison condo is pretty much unique and while sellers try to be competitive, each condo is going to have advantages and drawbacks that a good professional real estate agent is going to take into consideration when advising sellers on price matters. Where the condo is located; what floor it is on; what amenities are offered; how the condo is itself is appointed; what the parking and storage situation is… this list can go on and on. So what we can establish is shopping for downtown Madison condos is a very personal decision that balances value against cost. Most of my buyers start out with a budget in mind, but quickly realize that a budget range probably makes more sense as they evaluate one condo “package” against another.

These Condos on the Madison Isthmus have been recently listed for $400,000 and Under.

These Downtown Madison Condos have recently been listed for over $400,000.

History gives us a Clue

Let me preface this first by saying that history paints with a very broad brush. The advantage of the broad brush is that it typically incorporates the good and the bad —and in the grand scheme of things this gives us a snapshot of condos in downtown Madison  rather than a completed portrait.

What I wanted to explore was two relationships: List Prices to Assessed Values and List Prices to Sold Prices. The results of this snapshot in time would be expected to fairly represent about two thirds* of all downtown Madison condos sold in the period. This is kind of the “belly of the data” and it is expected that there would be “fliers” or values that for one reason or another are outside of this range.

So what does this mean in English?

Higher priced condos tend to be listed a bit higher compared to their assessed values than their lower priced cousins, but tend to sell for a lower percentage of their list price. This is not too surprising because there is usually more room to wiggle with the higher priced condos.

The median value is mostly useful when we compare it to the mean or average value. This comparison tells us something about how the data is “distributed” around the average. If the mean is greater than the median, it usually means there are some unusually high values in the data set. Likewise, if the mean is lower than the median, it usually indicates that there are some unusually low values in the data set.

In the Final Analysis for living in Downtown Madison

So when all is said and done, the higher priced Group B condos tend to be priced a little higher compared to their assessed values than are the more moderately priced Group A condos. Group A tends to sell for about 100% of their list values while the Group B condos tend to sell for about 99%. The best news is that in both groups, there is a more price-balanced selection of condos and that means more buyers can find condos in their respective price ranges.

Nelson & Associates will Help You Find the Perfect Downtown Condo

Nelson & Associates Realtors can help you navigate the prices and values of downtown Madison condos. Now that condo prices have started to modestly increase, buyers can be more confident that their downtown Madison condos will hold their value.  Contact me today. The selection is good, interest rates are still relatively low and I can go to work for you right away!

Back to Condos
Back to Downtown Condos
Contact Jon